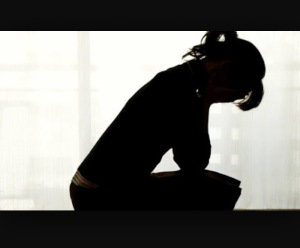 Uncovered Too: Women Who Took Off The Hijab Speak Out!

Standing behind bars in prison uniform it suddenly occurs to me that ‘orange’ is so NOT my color! Prosecutors and defendants exchange witness lists, while the judge slams that golden gavel and yells “SILENCE IN THE COURT ROOM!”.

Here come the opening statements. This isn’t going to be pleasant people.
Oh my God, what have I done?

“Ms. Mohsen is the new kid on the block, your honor. She had no right to judge ‘uncovered’ women in her last article. A life sentence in jail is what this so called Islamic writer deserves!” The Prosecutor argues.

“Life sentence? Dramatic much?!” I mumble to myself.

“Your honor, with all due respect, my client did not mean to offend or judge anyone. If anything, the whole reason behind this writing was to celebrate the ‘true icons’ like she mentioned. After all, Hijab is an Islamic obligation, according to chapter 24, verse 31 of the Holy Qur’an.” My lawyer explains.
Way to go girl!

My wild imagination aside, the feedback on the article “Uncovered: Why More Women Are Taking Off Their Hijab” was overwhelmingly vast I literally had to lock myself up and stare at the wall for a while. Gratefully, most of the comments were extremely positive and uplifting, and I humbly take this opportunity to thank our readers for this overpoweringly huge boost. Even so, still some people perceived the writing (or perhaps me) as judgmental, superficial, narrow-minded, and one reader basically asked me to shut up!

Rejection and criticism can be great tools in helping us develop thicker skin. One of my greatest teachers once said: “Let no praise make you arrogant and let no condemnation drag you down.” While it gave me utmost joy to celebrate those beautiful strangers who still continue to wear the Hijab, I think it’s only respectful to reveal the other side of the story, about the Muslim women who decided to take it off… The ones who felt judged, criticized and, most of all, misunderstood…

Who Are We Judge?

But is that what my article sounded like to non-Hijabis? Like I’m judging them? If the answer is yes then I’m beyond mortified, and I truly apologize. Only Allah knows that wasn’t my intention.

Islam is the true reflection of humility, compassion, peace and love. As much as I respect veiled women, as much as it would break my heart to see them looking down on others who chose to take it off or not put it on. My own sister and many of my best friends aren’t wearing the Hijab, yet they probably do more good than I do. We are all slaves of the Great Lord, and none of us is perfect.

Confusion Is Messing Us Up!

“OBJECTION! Your honor she’s obviously swaying from the main subject. The issue of Hijab is argued to be debatable and Ms. Mohsen is still assuming her opinion of it being an obligation is the definite one! She even had the audacity to call any other view ‘nauseating’ ” The Prosecutor turns red with anger at this point. “She’s interpreting the Holy Qur’an according to her own understanding! Why isn’t she giving uncovered women the same rights to interpret it differently?”

Why is my lawyer silent? Like HELLO! Say something!
She’s disappointed at my choice of words, isn’t she? I described the act of women spreading their doubts about Hijab as ‘appalling’ and ‘absurd’… Yes that wasn’t very nice. My mom was disappointed too! Well, that just proves my point that none of us is perfect. I admit I should have been more eloquent in expressing my disagreement. Now please allow me to elaborate on why I disagree in a more logical way.

Okay. So you’re on a plane and the flight attendant says “Ladies and gentlemen, please contact the airline manufacturing department to provide you with seatbelts, and once they’re delivered, please fasten them so we can finally take off!”

No that’s not what happens, simply because the seatbelts are already there, you just need to fasten them, that’s it, right?

What about the head covers? Allah did NOT say “Oh Mohamed, tell the women to go buy a piece of cloth, and call it a headscarf, veil, khimar or hijab and then cover their hair and necks with it.” No that’s not what happened either, simply because women at that time already wore head covers, they were just asked to wrap them tightly so their ears, necks and chests don’t show. No wonder there were no riots or debates about the obligation of wearing the hijab at that time.

To those who argue that Hijab isn’t an Islamic obligation and that I’m only sharing my personal understanding of the Qur’an, the above verses are not my words, they’re Allah Almighty’s words, and they’re pretty straight forward. It is for this very same reason that females cover their hair and bodies when they pray, even though it’s not mentioned anywhere in the Holy Qur’an. That is basically because proper Hijab is our Islamic attire till this day, and it wasn’t just bounded to the times of the blessed Prophet (PBUH). Why else would God explain in details the specific men we are allowed to show our adornment to, if everyone is allowed to see us with no head covers to begin with?

One of the greatest trials we are facing in the modern world are the alterations of certain matters in Islam into uncertain ones. Some skeptics explain that Riba is lawful and that drinking certain kinds of alcohol is permissible and that Hijab is not at all an obligation. Of course we are all allowed the freedom of speech, but it’s the confusion that is messing us up, and it’s somehow making Muslims abide by the beliefs that are convenient to their lives only. If uncovered women are okay with standing before Almighty Allah on the Day of Judgment and testifying they’re not convinced of Hijab, then by all means let them share their doubts and I’ll stay out of it! (Hey, where’s my mute button?)

Are You Up For A Big Surprise?

Time to blow this story wide-open girls! Because it’s not only in Islam that women are required to cover up. It’s also in all the Holy Books.

“Excuse me Miss. Do you have a copy of the Holy Bible? Yes there it is!”

“For if a woman will not veil herself, then she should cut off her hair; but if it is disgraceful for a woman to have her hair cut off or to be shaved, she should wear a veil. For a man ought not to have his head veiled, since he is the image and glory of God; but woman is the glory of man” (Corinthians 11:6-7, Holy Bible)

In Judaism, head or hair covering is known as ‘Kisui rosh’. It’s mentioned in the Torah. In fact, some interpretations of the verses explain it as form of adultery for women not to cover their hair.

…”then, that head or hair covering was law for the daughters of Israel” (Sifrei Bamidbar 11)

I’m not here to defend the women who took off their headscarves, but certainly no one is allowed to shoot them down either! It’s our obligation to remind ourselves and others to do the right thing, and it’s also our choice to take the advice or leave it. Again it’s not the veil, it’s the ‘Taqwa’, faith and good manners that count the most. Prophet Muhammad (PBUH) sums it up beautifully in one of his hadiths…

I know non-Hijabi women who spend their time helping the needy and memorizing the Qur’an, and other Hijabis who wear skin-tight outfits and are the biggest gossipmongers ever! Some women posted comments saying they took off their Hijab because they’re being assaulted by non-Muslims in the West. I honestly understand their fear, and only God knows what they’re going through to hold on to their Islam. It’s time we face the ultimate truth, we are not here to judge. we are all only here to worship the Great Lord and help each other stay on the right track.

If we were all sentenced because of our personal choices, then there wouldn’t be not one innocent human being living on this planet. I remind myself before anyone else that I’m a weak sinner. The temptations of this world get to us, and God knows we are only human. We silence that voice inside reminding us of the Hereafter because it’s so difficult to resist our cravings. It’s beyond difficult! We don’t wanna be reminded to eat healthy while we’re enjoying a delicious Nutella covered piece of cake. We don’t wanna think of Judgment Day when we wear tight or revealing dresses and get showered with compliments and admiring looks. We just wanna scream at the top of our lungs ‘STOP! Stop telling me I don’t pray enough or I should read more Qur’an! Stop reminding me of my shortcomings! Don’t you think they’re already killing me?!”

Every person giving you advice is already struggling with a sin of his or her own to start with. We are all scared and insecure. But what else can we do except be there for each other…? The wrong has become so common; it’s a miracle some people are still holding on to what’s right…. It’s at times like this that I need you and you need me….

To all our readers, in this trial I ask you to be the jury coming up with the final verdict. I hope you’ll speak your mind and tell the rest of us how you truly feel…. And may the ones who judge you for your honesty be silenced.

And to my dearest Allah, the Most Merciful Lord, I’m down on my knees asking Your forgiveness… If my writing has hurt any of Your slaves or has pushed women away instead of bringing them closer to You, then it’s my fault not theirs. I plead guilty and I hope you’ll pardon me for not delivering the message in a way that touches people’s hearts. Islam is perfect but we aren’t, and only You know how imperfect and flawed I am, so please help me… and help us…

Because without Your guidance we are all….
Nothing at all….

22 thoughts on “Uncovered Too: Women Who Took Off The Hijab Speak Out!”