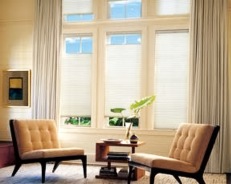 Season Two: Inside The Therapist’s Office

(Disclaimer: This article might not be suitable for readers under 16 as it includes some graphic descriptions.)

“People on the street are scared of me.” Ali said, “I don’t blame them. I’m scared of me too.”

“Is that why you’ve been refusing to see me? Did you think I’d be scared of you?” I asked.

“It doesn’t matter. I’m here now.” Ali snapped, pulling at his grey hoodie to cover his face even more.

“Your life has changed drastically. I can’t imagine how hard that must be for you.”

Ali clenched his jaws angrily, trying to stop himself from reliving the memory of that fateful day.

“Sir, can you tell me your name?”
“What happened? Am I dead yet?” Ali asked, slipping in and out of consciousness, as the paramedics rushed his gurney inside the ER.

“Sir, you’ve been in a car accident. Don’t worry, we’re gonna take care of you, okay?”

Word traveled fast across the hospital. The young man was driving 50 miles over the speed limit. His car flipped in the air twice before exploding into flames. His surgeons did everything they could to save him and sixteen hours later they were finally able to give his distraught parents some comforting news, for even though he suffered severe burns, they all agreed it was a miracle he was still alive.

“A miracle? Look at me!” Ali cried out, yanking his hoodie off to reveal his burnt, scarred face.

My heart skipped a beat and I held my breath a little bit longer than I should have, I must have went utterly pale when I looked at him. The scars and burns had distorted his features completely, as if they had no intention of ever healing. One of his eyelids was missing, making his right eye bulge out like a juicy grape. His left eye had completely disappeared under an enormous wart-like wound. The boiled skin on his face had black ridges; it looked like the surface of a melting pot, with his nose smashed in, his chin forked and his callous upper lip still horribly bloodcurdling swollen.

“I’m A MONSTER. A hideous monster! They should have let me die.”

“People don’t have that much power Ali. It’s Allah’s command. He decides how we live and when we die and by His will our guardian angels either protect us or let go.” I explained after composing myself quickly.
“Guardian angels?” Ali scoffed. “What is this a Disney movie?”
“Why? Don’t you believe in angels?” I asked.
“I don’t know what I believe in anymore. I believe in Allah of course, He’s our Creator. But Tooth fairies and guardian angels? I don’t know. Does it even matter?”
“Hey don’t insult Tooth-fairies. A little birdie tells me you believed in them till you were like thirteen!” I joked.
“I think we’re done here” Ali slammed my desk angrily and headed towards the office door.

“Ali, when you love someone you keep your promise to them and you promised..”
“Don’t you dare say her name” Ali warned. He threw his head back and took a deep breath, then came back to sit down.
“Okay you’re right. I’m sorry” He apologized, “You were saying? Something about angels?”
“Perhaps human-look-alike fairies don’t exist, but angels do!And of course it matters. Believing in Allah is the first pillar of faith and believing in angels is the second, that’s a pretty huge deal, don’t you think?”
“Why? It’s not like we worship angels or see them or communicate with them in any way. What difference does it make if we believe in them or not?”
“Ali, I know you’re Muslim, but how exactly did you learn about Islam?” I asked.
“From my parents! And later when I grew up, from the Qur’an” he replied.
“And how did the Holy Qur’an reach us?”
“Through Prophet Muhammad, peace be upon him”
“Yes but where did our Prophet get it from?”“From God, the Qur’an is Allah’s words. You’re an Islamic psychologist. Aren’t you supposed to know this stuff?” Ali asked sarcastically.
“Yes, and that’s why I know Allah didn’t speak to the Prophet directly except one time, so how was the Qur’an transmitted from the heavens to the Earth?”
“Through Angel Jibreel. I get it now.” Ali finally showed a hint of a smile. “If we didn’t believe in angels, the foundation we’ve built our religion on would collapse.”
“Exactly! It’s not just that. Angels are involved in our daily lives more than you think.”
“Like how?” Ali seemed to be getting less agitated and more comfortable.
“Well. There are many types of angels with different job descriptions. For example, we have two angels on our shoulders like surveillance cameras, recording our every deed. Some angels are like bodyguards; those are the guardian angels. Listen to this:

“For each one are successive [angels] before and behind him who protect him by the decree of Allah” (Holy Quran, 13:11)

Some angels are like journalists; they report back to Allah about gatherings for the sake of dhikr (remembrance of Allah). Others act like the fictional fairy godmothers” I laughed, “They invoke Allah to send blessings our way, to guide us and forgive us.”

“I remember learning about them. There’s also angel Israfil, blower of the Trumpet on Judgment Day. Mikael, angel of rain, Ridwan, guardian of Paradise, Malik, guardian of Hellfire.” Ali added.
“Wow, you’re good. Looks like you do believe in angels after all.” I smiled.
“We study their names and tasks but never really pause to think about their significance.”
“Who else did we forget to mention? Oh, there’s the scary questioners of the grave, Munkar and Nakir.”
“And Azrael, the angel of death who refuses to take my soul no matter how hard I plead or how recklessly I behave.” Ali confessed.

“Ali, were you trying to commit suicide that day? Is that why you were driving like a maniac?”

“I wanted to die but I didn’t want to commit suicide and meet my Lord a non-believer. I guess on some level I am aware there are angels documenting my every move and thought. It makes you vigilant about your actions, and usually helps you stay aware and feel secure. Not that day though, my anger blinded me too much!”
“Why? What happened?” I asked.

“Mom, I’m sorry you’re unhappy but I love her and I’m gonna marry her and there’s nothing you can do about it” Ali steamed while flipping the house upside down looking for his cell phone.
“Shame on you Ali” his mom paced, following him around. “You want to get married against your parents’ will? Is this how we raised you?”
Ali was the most sought after bachelor in town. He was tall, young, rich, and strikingly attractive. He always looked impeccably captivating, like he had just walked out of a fashion magazine. Girls were practically throwing themselves at him. His secret nickname was ‘prince charming’ and his parents were well aware of that little fact, too.

“Mom I promised I would fight the whole world for her. I promised nothing would tear us apart. I know you disagree but it’s my life. Let me live it the way I want.”
“The answer is NO!”

Ali slammed the door behind him and went to see his beloved, who was still refusing to meet him. Her parents asked him to stay away and let her move on with her life.
“My daughter is a proud young woman, she’ll never agree to marry a man without his parents’ approval. It’s over so please leave her alone.” Her mom said before closing the door in his face.

Ali left the building feeling crushed, got into his car and drove off at the speed of lightening. This is when he got into a terrible accident and was rushed into surgery about two hours later. The plastic surgeon said it might take years before a reconstruction could make him look half normal again.

“You don’t have to worry about me getting married against your will anymore” Ali cried, “No woman will ever want to see this hideousness every day.”

His mom drowned in grief and guilt, especially after Ali had sequestered himself in his room and refused to speak to anyone. Until the day he received a letter from his beloved saying:

“When a person puts gold into fire, it comes out purer than it ever was. And when Allah puts one through huge trials, they come out better and stronger. Aren’t those your words to me, Ali? I am happy now, and I wish you could find happiness one day, too. You promised you’d try….”

“I was trying to be a hero when I said those words to her. But now I realize, maybe she doesn’t need a hero in her life…. She needs a monster, and that’s why I’m here.” Ali whispered.

The Ali everyone knew was long gone, for since that day nothing was ever the same again..

Omar, my next client came a little earlier than expected. He ducked quickly behind the couch when he saw Ali leave my office.
How would he ever face him, when everyone knew what happened was all Omar’s fault….

To be continued…
Lilly S. Mohsen